Posted by bigborefan on April 3, 2021
Posted in: Uncategorized. Leave a comment

CONSTRUCTION: The well read and experienced hunter/shooter is already aware that not only is the bullet the most important piece of equipment on a hunt, but so is its construction.

I’ve already elaborated that to near exhaustion, but it’s important for any and all of us to be familiar with the bullet we intend to use on a particular hunt, and that familiarity should include its construction. And that’s more than outward appearances though profile is included.

The manufacturer’s blueprint, material and machinery are the keys to its construction. This is not intended as a history lesson in the evolution of the modern day bullet, but certain legendary figures readily come to mind such as John Nosler and Jack Carter, plus a few others who have tweeked the concepts of partitions and bonding of lead cores to copper or copper-alloy jackets. Then came the monometals of pure copper or copper-alloy bullets of various designs, all claiming to perform miracles. These were all basic themes with slight variations inside and out that worked well enough depending on caliber, impact velocity and where the animal was hit including its presentation. In my thinking construction also includes a bullet’s profile or external shape. More on that later, but the bottom line is that the construction of a bullet should insure the immediate demise of the animal when: a) Its design is suitable; b) the range is reasonable, and c) the shooter places it correctly.

There should be no questions or doubts over the choice of bullet.

POTENTIAL WEIGHT RETENTION: This of course is dependant mostly on its construction which is related to both purpose and design to achieve its intended MISSION. When a Hornady bullet came apart on a bull moose in Canada, John Nosler decided to produce a better bullet. The Hornady bullet fired from a .300 magnum had little chance of surviving impact with the heavy bones of a +1000 lb tough animal. It was a simple cup-and-core design with no internal design to hold core and jacket together on impact. John came up with the famed Partition bullet, somewhat following a German design. To this day it is a standard by which others are measured as to results.

In the larger calibers the Nosler Partition has a thicker jacket and partition which is moved further forward than small bore to medium bore Partition bullets. The jacket is tapered forward of the partition with minimal thickness at the nose cavity to improve expansion as low as 1800 fps on impact for most big game bullets. Typically, in my experience, Nosler Partitions retain over 70% of unfired weight regardless of where it hits the animal even if heavy bones are impacted. I’ve never personally experienced “bullet failure” in using a Partition bullet on big game. They are also among the best for penetration — in fact, out-penetrating some with bonded cores that retain more weight! 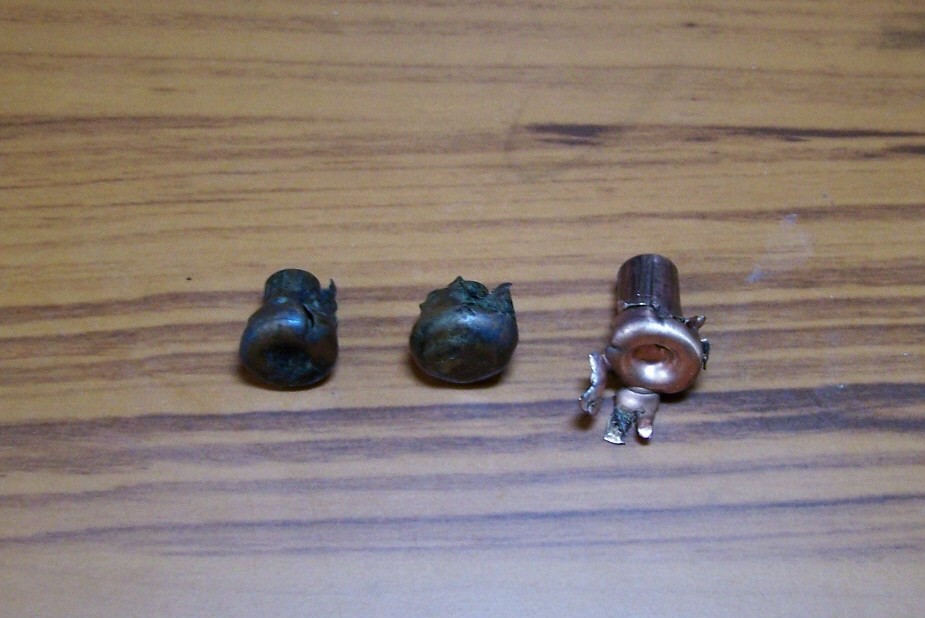 Here are a few others that have worked as intended: a 200gr CorLoc/.35 cal from a black bear fired from a friend’s .35 Rem; a 400gr Speer fired from my 1895 Marlin into a trophy black bear at 100 yards, retaining 90.5%, and a 270gr bonded custom fired into a grizzly in the Yukon from a 9.3 x 62 Mauser… unsure of % weight retention, but it looks like plenty. The shooter is personally known to me. 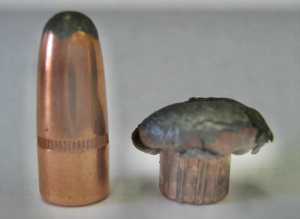 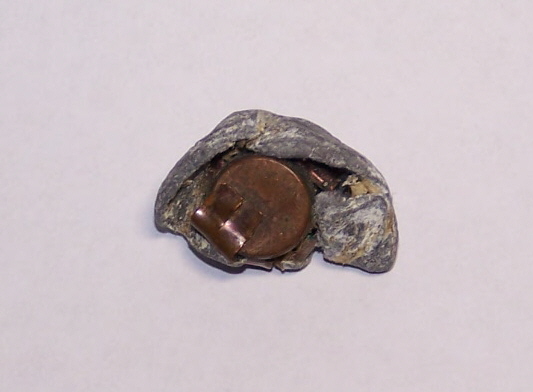 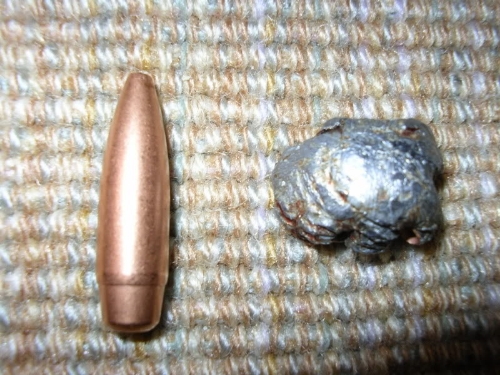 ACCURACY: Plenty has been said and written on this point that could be reduced to one word: “Enough”! I like MOA or better from all my hunting loads that have been hand-made. That’s not essential but it gives confidence. One more thing: MOA or better under all atmospheric conditions whether 90*F or 0*F. But I’ll favor a load less than MOA if it’s the right bullet and consistent under all conditions.

USEFUL TO WHAT RANGE? Depending on the game being hunted and the landscape. A Cape buffalo at 50 to 100 yards doesn’t need a pointy bullet for long range. So most for that task are blunt RN or flat tip. A BC of .300 or less will suffice. On the other hand if distances could be variable from day to day or hour to hour for the same beast, from 50 to 350 yards or more, I’d choose a bullet constructed for the chosen game with a BC or at least 350… +400 BC being better still. For example: a 160gr NP would suffice on a mule deer hunt from a 7mm magnum at 50 to +400 yards when fired at around 3100 fps. It will hold together at the closer rang and expand adequately at the longer range.

Another view for long or short range of medium to large game using a .458 Win Mag, for example, would be in the use of a flat-tip cast bullet of 480 grains or a 480gr Hornady DGX at 1800 fps. They will get the job done close up to any range where a sure shot could be taken due to that FLAT POINT! It doesn’t need expansion to be a sure killer if placed correctly. That knowledge could serve as a template for other large-bore rifles as well… BP rifles have been doing it at least since the time of the massive destruction of the NA bison!

Potential ranges will depend on muzzle velocity and BC of the bullet, plus the shooters ability. We know that a heavy bullet with a high SD will retain its momentum for very long ranges.

FIT FOR WHAT CLASS OR CLASSES OF GAME? We all should know by now that bullet manufacturers designate the purpose of their bullets in their respective reloading manuals. For example: Hornady lists 14 bullets in 6.5mm (.264″), 5 of which are target/match bullets. Those 5 should not be used on game even though they have very high BCs.

As a “rule of thumb”, I choose larger holes in targets for larger game! Big, round holes are impressive! Little holes are for little critters, medium holes for medium game, and so on. Of course, other bullet features and qualities are considered as described in the forgoing articles. 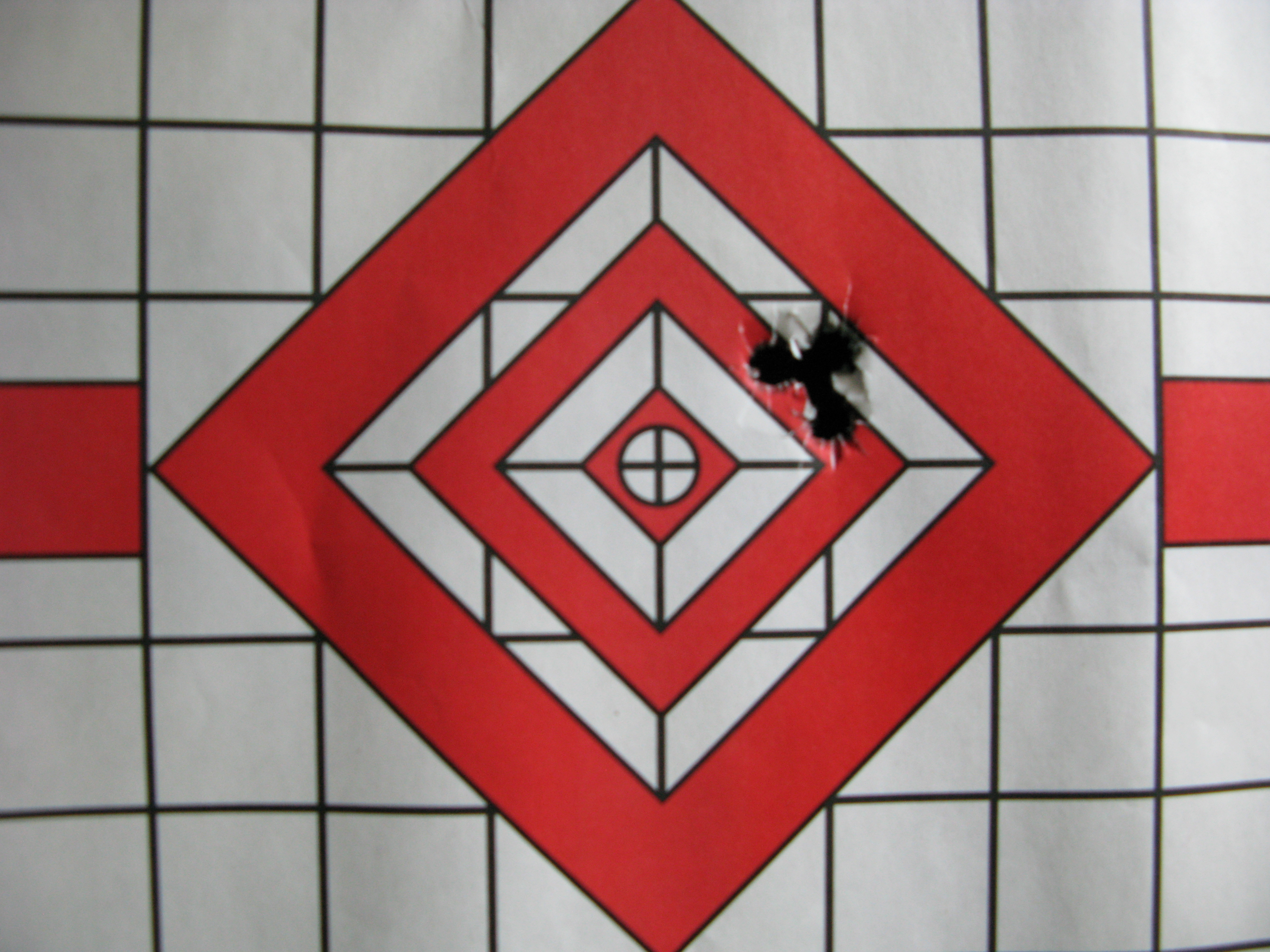 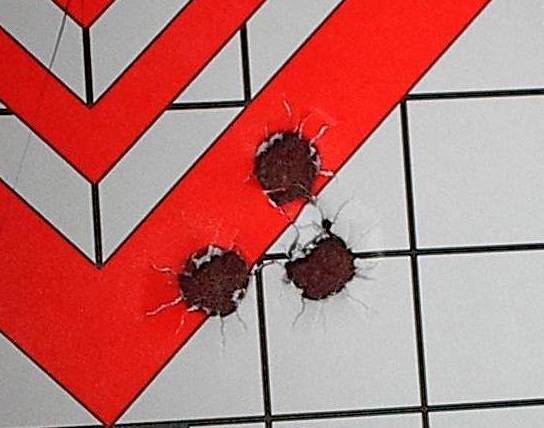 In Summary, I choose my bullet based on:

1 – Class of game to be hunted

4 – Type of construction – (a “solid” is used for thick-skinned heavy beasts, or followup on same.)

Why is accuracy last and not first? Because any of today’s bullets are accurate enough, or can be made to be so by juggling components and MV. It’s rare that I reject a bullet based on accuracy. It does happen of course… but still rare. Accuracy is most often related to the rifle and its operator.

Happy Easter to one and all