Why Cartridges of the 19th and 20th Centuries are Good Enough

Posted by bigborefan on July 24, 2021
Posted in: Uncategorized. Leave a comment

But the point is that any found in that list can more than accomplish all that was intended for them at the time of their introduction, and they are even better today in newly manufactured rifles and in loading the best available components in both powders and bullets. In fact, it is claimed that any of those mentioned, plus some others that have not been, can accomplish with lighter bullets today than what was deemed essential in days of yore. But none of those rifle cartridges are less than fifty-eight years old and nine are over one-hundred, with the still favorite .45-70 wearing that crown at 148 years! 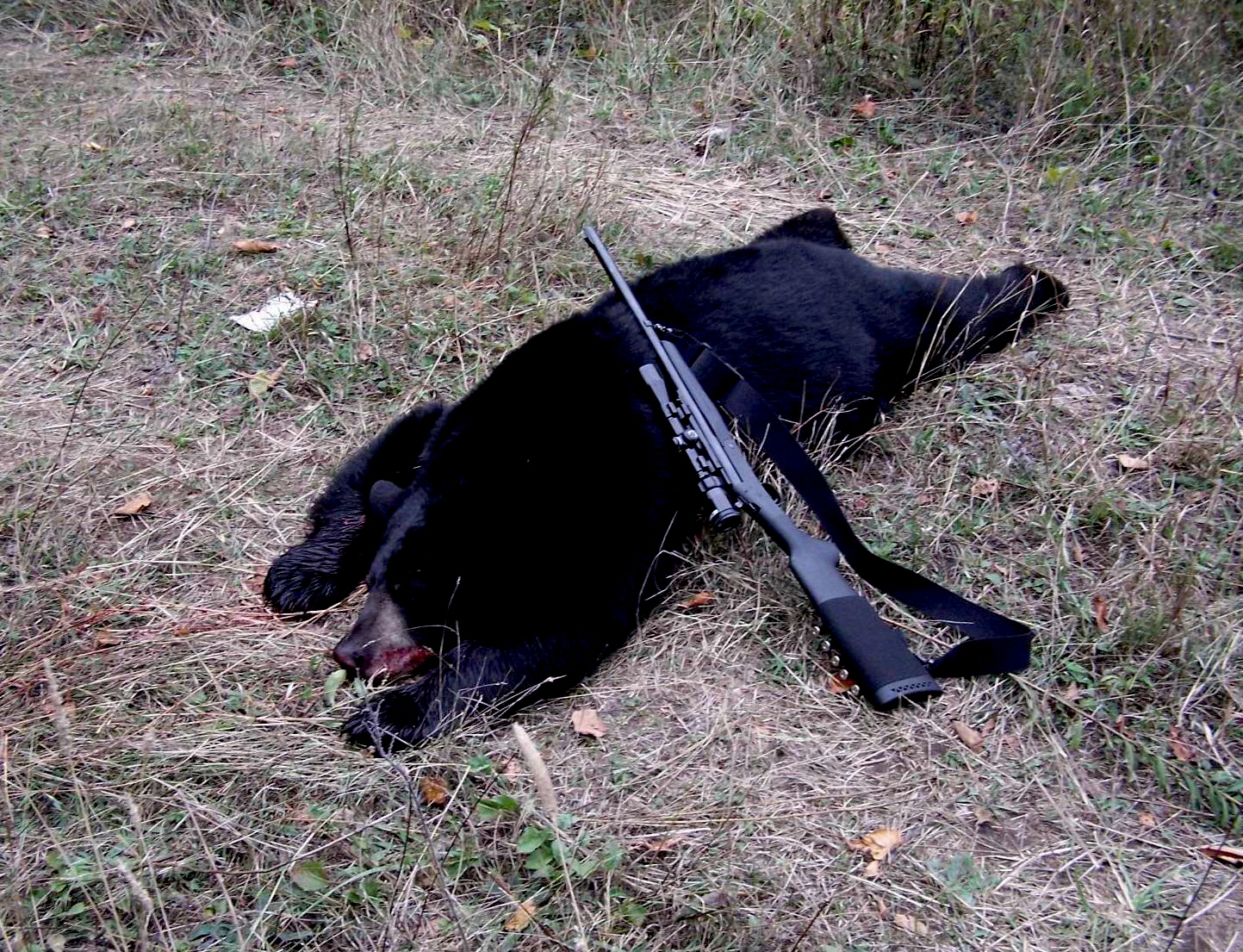 Lest I be misunderstood, I’m not necessarily negative toward anything that’s new or better, as such! Yet, name one rifle cartridge (not the rifle) that has been introduced in the 21st century that’s “better than” anything that has preceded it! Granted, we are still less than a quarter century into the 21st, but let’s notice how many innovative cartridges were introduced during the first quarter of the 20th century, some as wildcats that became favorites with hunters and later legitimised. Of those listed, I’ve never owned (or handloaded) a 243 Winchester (though I recommended it to our youngest son), a .30-30 Winchester, a .416 Rigby or the .500 Jeffery.

A couple of .223 Rems and a .25-06 have fulfilled anything a .243 Win could do for me, and as to .30-calibers, I’ve owned three .30-06’s and eight .300 magnums. Several mediums have been owned and on the top end the great .458 Win Mag does it all, plus! All have been handloaded and taken on some hunting expeditions. So, really, I’m not fascinated by anything introduced this century or less than fifty years old!

But I do like new rifles and “best” handloading components, as well as improved methods and technologies!

If I had to choose three rifles from those listed — and I already have two of ’em — they’d be:

So many things to do, and so little time to do it in! So I’ll be content with what I have…. there’s really nothing lacking therein! 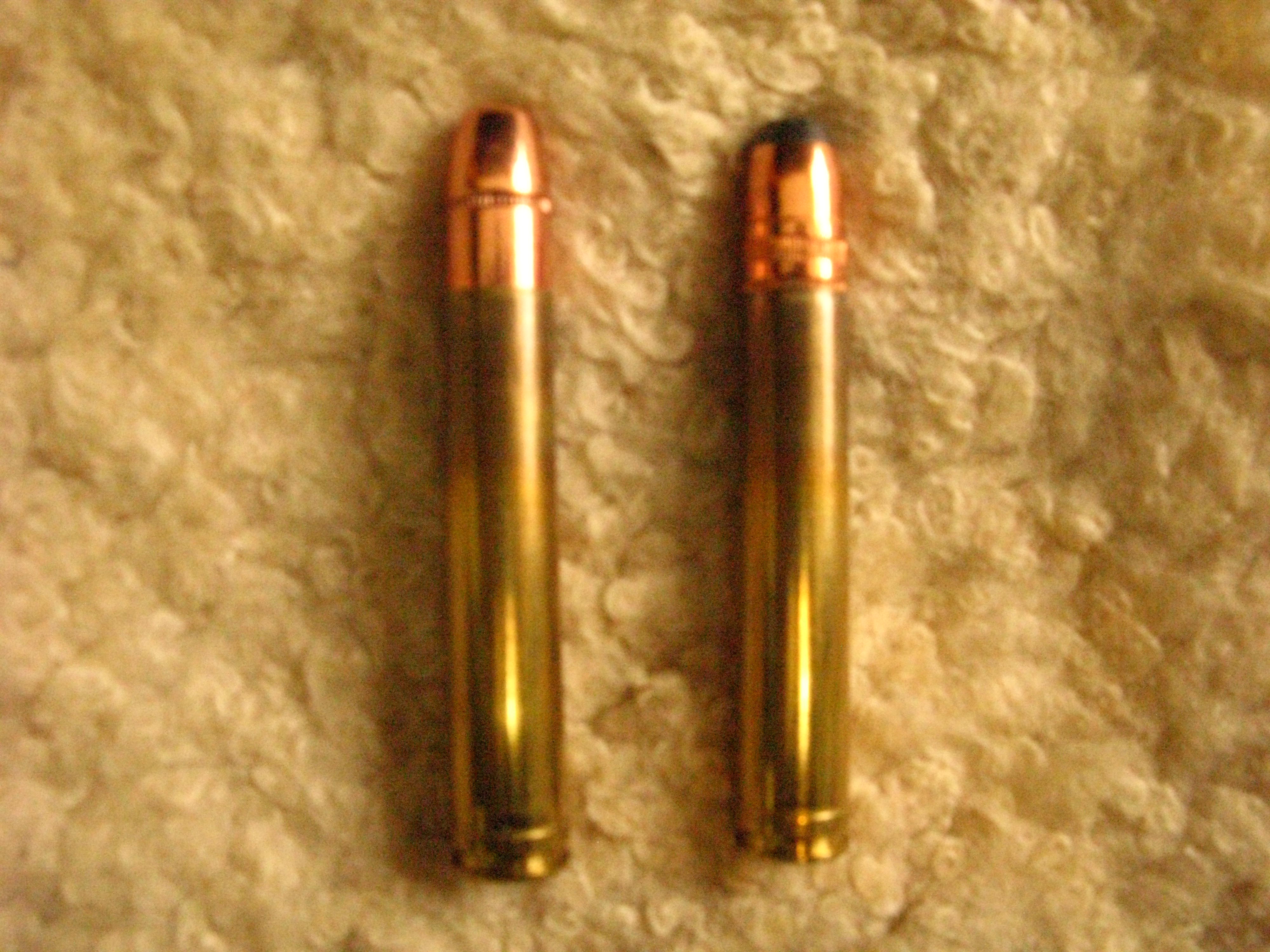 Following are some ballistic profiles of the 405 Remington and 400 Buster from the Ruger #1 Tropical in .458 Win Mag — keeping in mind that these are relatively modest or reduced loads, more than adequate for bear at any suitable range. And should there be need for full penetration of any large critter then the Buster will deliver that at down to 1200 – 1400 fps impact. Also, a comparison with one of the .458’s offsprings will be made for interest’s sake. Please also keep in mind that 2100 fps is a median load for a 400gr from the great .458 Win Mag. I’m sure you’ve noticed that 2600 fps is available for certain 400s from .458 Win + loads. That is with a COL that equals or exceeds the Lott. 2600 fps = 6004 ft-lbs of kinetic energy at the muzzle and about 2800 ft-lbs at 500 yards from the 400gr X-Bullet. So, my “bear” load, while not “mild” at just over 3900 ft-lbs at the muzzle is still “only” 65% of my .458’s full potential! That’s why a .458 Win Mag has to be considered one the most versatile cartridges extant for the handloader who understands and can manage its potential in either direction… up or down!

Some notes on the above:

A – Sight-ins are not included because that is a variable depending on hunting area and game. However, my Ruger #1 in .458 is already sighted with the two loads: 50 yards zero for the 405 Remington and -0.69″ at 100 yards. The 400 Buster is sighted at 100 yards zero; both for bear. At 50 yards they made a single ragged hole from two of each. The 400gr Buster could be used on anything at any practical range where velocity is still 1400 fps or better. A side brain shot on an elephant would completely penetrate the skull at 1400 fps, or perhaps even less.

B – The TE (terminal effect) numbers are a particular result of KE, SD and CSA (cross-section-area of bullet). It’s similar in some ways to TKO. But the point being that bullet momentum plus caliber and sectional density have a greater effect on larger game than KE only, however those are combined.

C – So, for bear I rely on bullet caliber and weight more than KE only. That concept has proven itself to me more times than not.

D – That .338 Win Mag load is considered max or nearly so from a 24″ barrel. Recoil from an 8.5 lb rifle ready to shoot is about 40 ft-lbs KE. The recoil from the two “bear loads” in my #1 Ruger in .458 is 31.5 ft-lbs. Of course, the .458 is two pounds heavier and has (for some) the dreaded Mag-na-ports, especially for any standing beside the muzzle which NEVER happens in the type of hunting I do. From my end of the rifle, I never notice the muzzle “blast” more than a non-ported rifle. In actual fact, my Ruger 77 in .458 Win Mag was far worse with its 22″ barrel, non ported! And, yes, those loads were “mild” too. 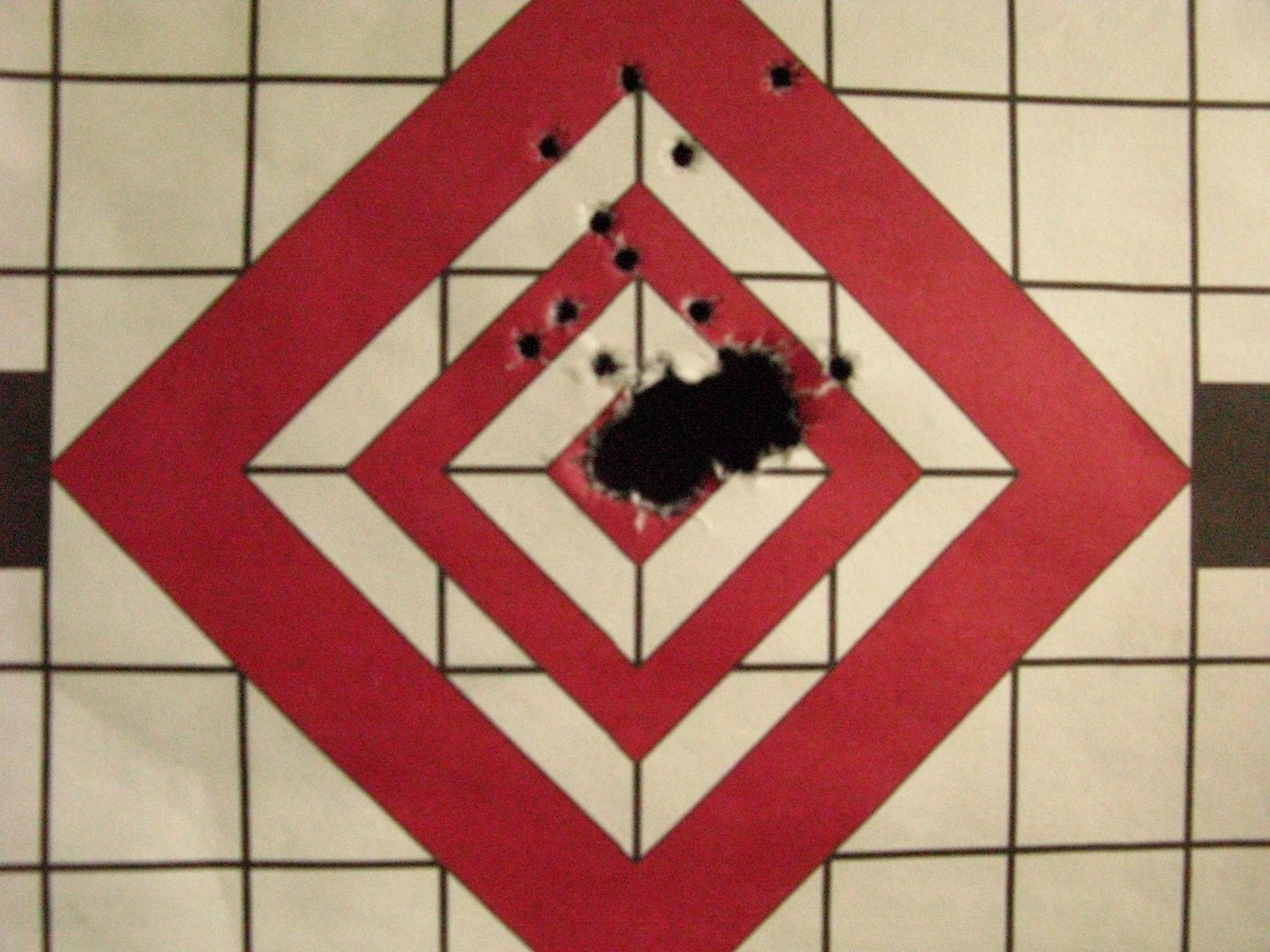 Of course, you could kill almost anything with a side brain shot. Our oldest son, Brent, has taken many warthogs in Africa with such shots from his single-shot .22 LR. Warthogs were their source of protein. 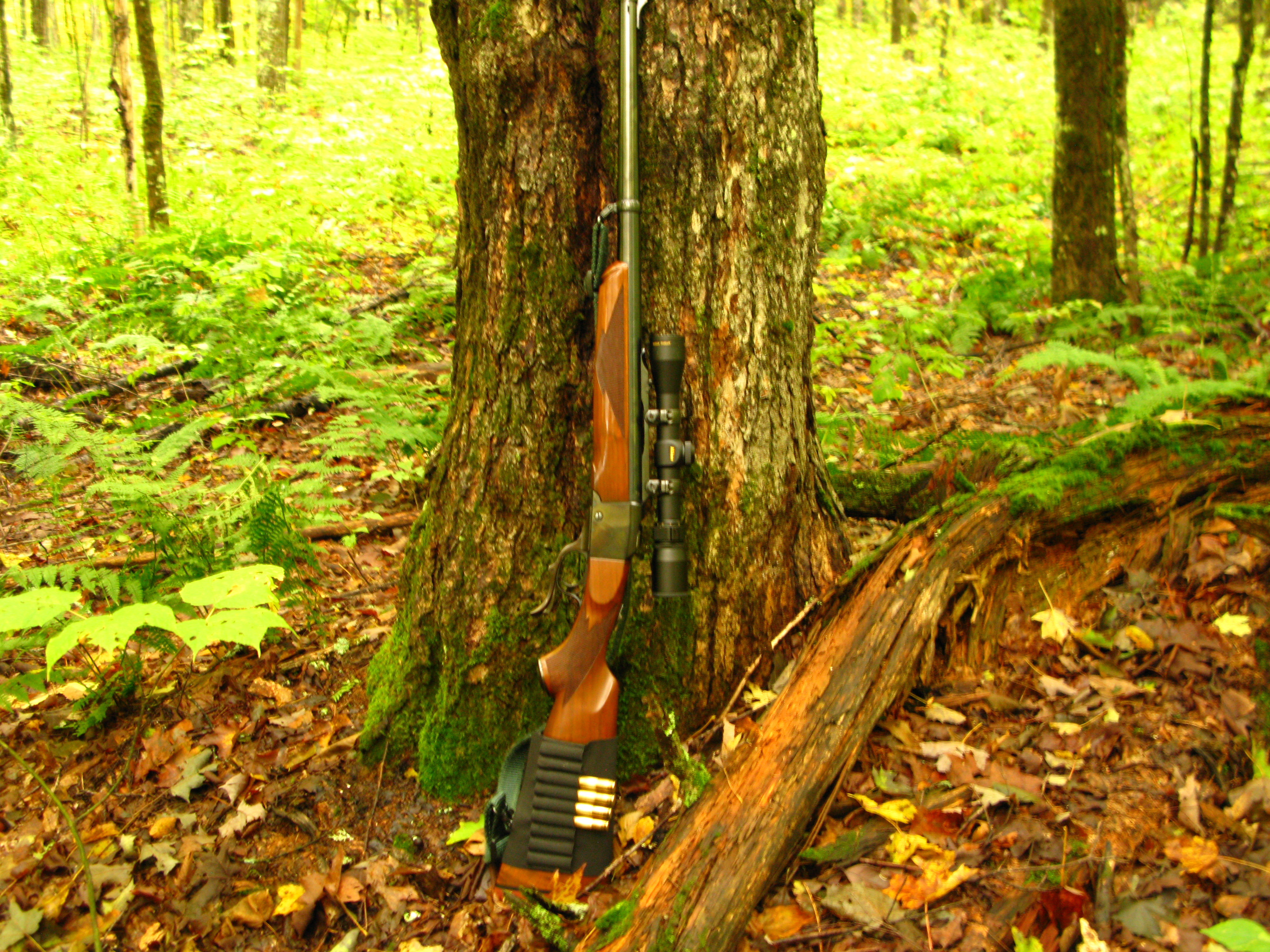 < So, how well do I like the Ruger No.1 in .458 Winchester Magnum? Since I very much like the No.1 Rugers (I’ve owned several) and the .458 Win Mag cartridge, together they make an excellent marriage in my view. Of course, something nobody wants is a “lightweight” .458 Win Mag! Lightweight rifles are “in”, but idealism rarely works well enough in the real world! The problem with lightweight rifles is in cartridges that produce too much felt recoil for the light rifle! I know because I have one! As I load my 9.3 x 62, which is in a Tikka T3 Lite, it generates between 40 to 50 ft-lbs of real recoil! It’s great to carry, and get it into a tree stand, but shooting it at the bench in load development and practice isn’t fun if I shoot too many! In hunting shots from a tree stand, it’s quickness has surprised me but never hurt me. So in adding another five cartridges to a buttstock holder, plus three in the clip and one “up the spout”, it all comes in around 8 lbs. 8.5 lbs would be better. The point being that recoil from the 9.3 x 62 Tikka is faster than the .458 median loads.

But, it has been said by several “experts”: “Get off the bench” as soon as you have your loads and sight-ins! Find a place for practice from realistic positions… but NOT from prone with “heavy hitters”! Standing offhand, kneeling or using some natural object for a rest — like a mound, branch, deadfall, etc. In a tree stand usually there’s a built-in rest for the seating position. Mine didn’t have that feature from the factory so I fabricated one. 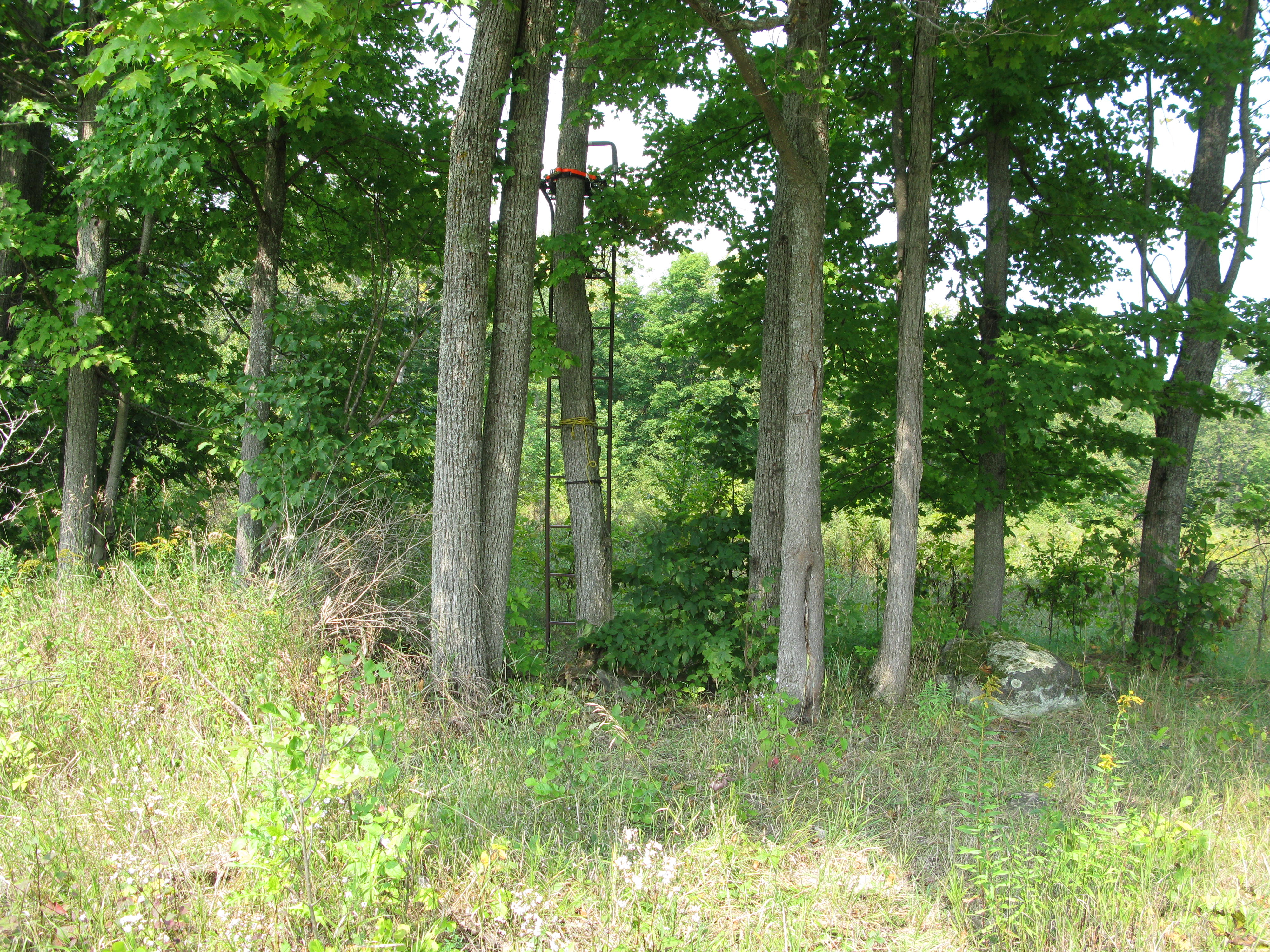 “Old” is still “IN” for some of us. After all, I seem very acquainted with that designation!