Comparing Rifle Cartridges – How that can be done – P2

Posted by bigborefan on May 28, 2021
Posted in: Uncategorized. Leave a comment

Please note that I’ve slightly changed the title from “How that might be done” to “How that can be done”. “Can” is more explicit whereas “might” is more suggestive.

As an example of “can” let’s go along with noted author, rancher and gun guru, Brian Pearce who claimed in an article that the .44 Rem Mag in a rifle was as effective on elk (not being specific as to sex or size — but assuming he meant same sex and size) at 150 yards as a .30-06 (again assuming he meant appropriate loads in each). Since Brian has been both a student and user of multiple firearms (both rifles and pistols) for testing and hunting purposes, I have confidence he wasn’t blowing “hot air”. If any writer can be trusted in their statements and analysis of firearms in the field, I’d personally put Brian Pearce near the top of that list.

His statement was not a suggestion, but a statement of fact, a bold declaration based not on theory but experience. So what I want to do here is test that by my formula and based on my knowledge of both cartridges having handloaded each.

< In scouting with my Ruger 96/44, I came across these fresh tracks in wet mud!

For the .30-06 I’ll choose a standard profile 180gr NP at 2750 fps with a BC of .474 which I’d consider a “normal” or average load for any elk. And for the .44 Remington Magnum I’ll go with what I have experienced from my former Ruger 96/44 lever action with an 18″ barrel. A 300gr Hornady XTP at 1650 fps with a BC rating of .245. (I’m aware of Hornady’s MV for the Ruger Carbine of 18″, but that was a semi-auto, not the lever action). I also attained a maximum of 1700 fps from both the 300gr Hornady and Speer 300gr but 1650 was more accurate. Though I considered the Speer a better choice for tough game, the Hornady has a better BC rating and I shot a couple of crows with that bullet giving better accuracy.

I think we all should be aware by now that the famed .30-06 Springfield is more than adequate for a mature bull elk of 700 – 800 lbs at up to 400 yards with a good hit from a good load. We’re not comparing a .44 Rem Mag with that but, rather, at 150 yards which could be somewhere close to average for a mature bull elk. Apart from Brian, how many elk rifle hunters would choose a .44 magnum? There’s little doubt that many American hunters have done so with a handgun in .44 mag… but in a rifle? At 150 yards? Well, it’s obvious to me that Brian has. 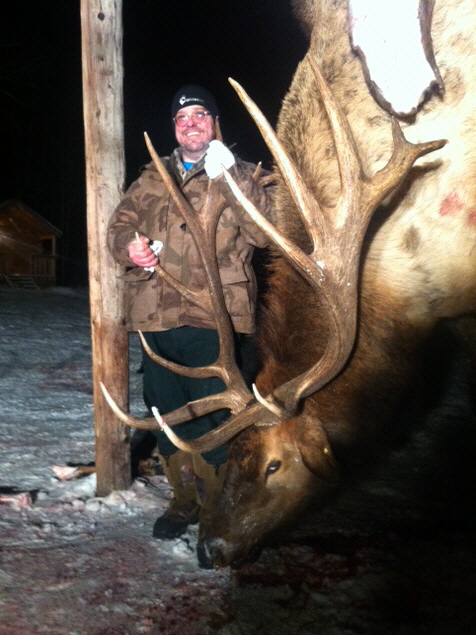 The point of these analyses and comparisons is to confirm that a large-bore rifle shooting a heavy bullet at modest velocity can be as effective within most realistic hunting ranges, or more so, than more modern high-velocity cartridges in use today for most common big-game hunting.

Without giving the data for the .30-06 load, which we’ve already assumed to be more than adequate for elk at 150 yards, what about Brian Pearce’s claim for the .44 Rem Mag? In reading the piece, the first thing I did was to test it by my formula… or maybe to test my formula by Brian’s claim.

I multiply TE (terminal effect) by the following values to get an estimate of animal size/weight: 12.5 for going away shots; 18.5 for quartering shots away or toward; 20 for heart-lung shots; and 25 for shoulder and CNS hits.

I claim no magic for this as there are many variables, but it has been tested against many reports where adequate detail has been provided, and my own experiences as well as similar formulas – notably by the late John Wootters — and it therefore seems a reasonable concept in preparation for field work and analysis.

In terms of momentum, a 300gr at 1500 fps is equal to a 150gr at 3000 fps. And a 500gr at 2000 is equivalent to a 250gr at 4000 fps. In the rush for kinetic energy figures (velocity squared), momentum (force= velocity x mass only) is regarded as irrelevant. However, in practice, it has been proven too many times that momentum is a vital factor that can’t be ignored, especially in big-bores with heavy bullets. Of course, bullet construction must match the desired effect whether in high velocity or low and anything between.

We assume that accuracy is adequate for the task in each.

** This is not an endorsement of that particular cast bullet, as its hardness and actual diameter are both critical to its accuracy and performance — and that depends on the knowledge and skill of the one who casts them, as well as the mould itself.

It is to show the potential of a BIG BORE, notably the .458 Win Mag, in using a relatively cheap, low-pressure, heavy cast-bullet load for large game at practical ranges. Of course, the same has been accomplished in generations past by the 1873 Springfield (.45-70) using BP.

The pros and cons:

Cons: – The .458 is 2 lbs heavier but 6″ shorter. It’s a so-called “single-shot”, though multiple cartridges can rest in a buttstock holder making it a “repeater” of sorts.

Pros: – It’s obvious to aficionados that the .458’s potential ballistics are superior on both the high end and the low end. Try loading a .338 Win down to about 35,000 psi for a bison hunt at up to 200 yards and we’ll soon realize why Big Bores have the upper hand in versatility! That is ONE Big Bore in particular, being the .458 Winchester Magnum due to the great proliferation of ready made component bullets, and myriads of moulds to make your own.

Cartridge comparisons? That’s for losers to bet against the .458 Winchester Magnum! It’s versatility has yet to be fathomed. 250 grain projectiles to 600 grains — at MVs from 1000 fps to 3000 fps! What other nominal cartridge can boast that kind of performance for the dedicated handloader? 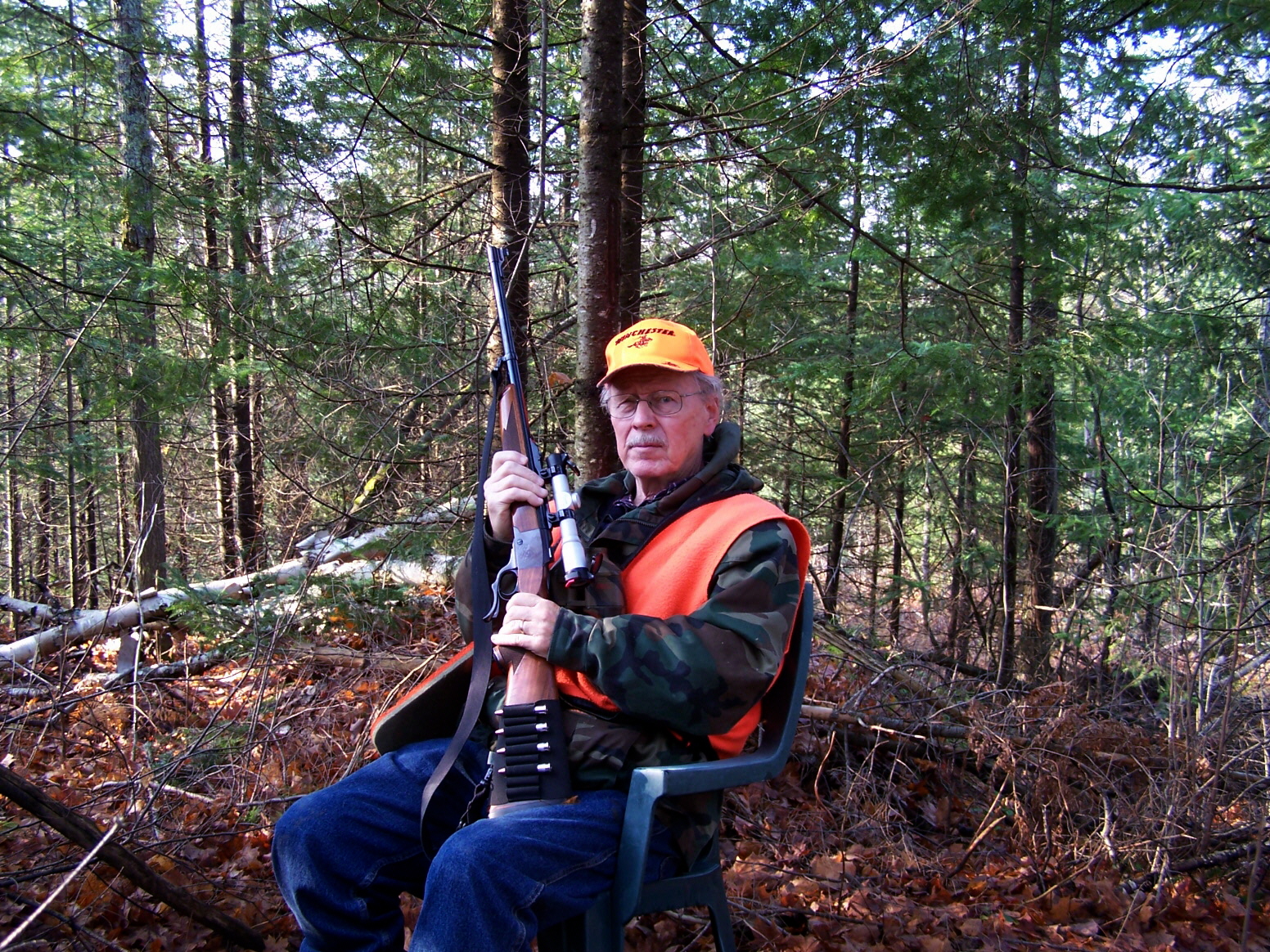 Hey, I know that I’ll never get to use all that a .458 Win Mag can deliver other than in range testing, but that experience has had its own rewards in its uniqueness… sort of like the finding of a rare gem. To a gemologist that would be the experience of a lifetime. Again, similar to a unique piece of art to an artist. In either case, the joy is in the finding and possession of something rare and beautiful in their eyes, not just the potential monetary value. For myself, the personal discovery of the .458’s potential, without and before the findings of others that I was aware of, has been like an astro-scientist discovering secrets of the universe that hadn’t come to light previously! Especially is that so when so much denial and negativity falsely surrounded the history of the .458 Winchester Magnum so that lies were manufactured to justify the creation of “new” Big Bores such as the .416 Remington and .458 Lott. Not only so, but a resurrection of “old” Big Bores were flooding the market, such as the .404 Jeffrey and .416 Rigby that were said to be The Answer to the failure of the .458 Winchester Magnum. Talk about a rush by authors to deal a death blow to the .458 WIn, as well as digging holes to bury it! Ross Syfried, noted gun guru and author, predicted it’s demise as soon as the .416 Remington was announced! Not that there’s much wrong with the .416 Remington, which I’d prefer over the Rigby, but it isn’t a .458 Win Mag in versatility!

Then there are those spokesmen and authors who have done harm to the perception of the .458 WIN with faint praise, and in making excuses for it! If anyone NEEDS more than 5000 to 6000 ft-lbs of muzzle energy from a 300gr to 550gr/.458-caliber for any earthly creature, then they need to be excused!

.458 Winchester Magnum owners are now coming out of their closets, no longer needing to be embarrassed for owning one! Rather, they can hold their heads high knowing they have the finest of all BIG BORES!