Dealing with the Recoil of the Big Bores — Part 1

Posted by bigborefan on May 6, 2013
Posted in: Uncategorized. Tagged: Big Bore Rifles -- their recoil. Leave a comment

Recoil, kick, or whatever else we may want to call it, is a fact of life that must be honestly faced and dealt with in big-bore rifles. Coming to terms with its reality and how we might manage it is our topic during the month of May.

I’ve touched on the issues involved in some previous blogs, but this will be a somewhat fresh look at it, even though somewhat the same.

The main reason being that newcomers to this site may not have read the previous material, and those commentaries were only incidental to other topics. So a fresh reminder of the details might be a good thing. Then, there are those who are just now preparing themselves for hunting adventures in places like Alaska, Africa, Australia, the Lower 48 or Canada that will involve the use of some “heavy hitters”.

These pursuits will involve the use of rifles and cartridges commonly known as “Big Bores” or, in some cases, “Mediums”, any one of which may produce uncommon recoil. I have in mind recoil to the effect of 40 ft-lbs as minimum to a maximum of about 100 ft-lbs. You will have noted that is a very broad spectrum of back-thrust! So that range of rifles/cartridges could take in anything from a .358 Norma Magnum to a .460 Weatherby Magnum as representatives of the data points.

The first issue to consider when thinking about the purchase of a Big Bore is: a) Why do I want one?, and b) What do I intend to shoot with it? Of course, it’s possible that the latter question is answered in the first one; what I intend to shoot may determine why I want one. That is often not the case, however.

There are at least three other dominant reasons that rifle manufacturers are aware of, and their marketing appeals to, in the creation of Big Bores. They are sometimes slow to respond to potential market, but they’ve become aware through various media that the market is somewhat “hot” right now for big-bore rifles, and has been for more than a decade.

Those three “other dominant reasons” are: 1) Curiosity; 2) Novelty; and 3) The influence of others. 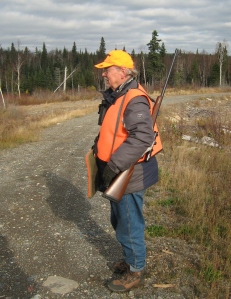 There has always been a small demand for Big Bores among the well-heeled, especially since WW 2, as the economy was booming from the fifties through the eighties. But something happened in the fifties that changed the thinking of how a significant number of hunters wanted to hunt, and could hunt. That “something” or “someone” was Elmer Keith who was the single most important influence of the “Big Bore” craze in both rifles and handguns.

Now, I realize, of course, that Keith’s influence towards big-bore rifles and handguns predates the fifties… it extends waaay back! But the means to communicate that really began after WW 2. In 1956 Winchester came out with the first American true Big Bore by the introduction of the .458 Winchester Magnum. They did so because by then there was a market for such a rifle as a growing number of Americans were heading to Africa with what they had or what was available. And not much was available since Europe plus England was still trying to recover after the devastation of WW II, and they had been the suppliers and purveyors of Big Bores prior to that unforgettable event.

Then, in the seventies Marlin revived the ancient but good .45-70 in its 1895 lever-action, and the race was on for bigger bores than .30-caliber and much, much more powerful rifles that shot heavier bullets. And that eventually led to the re-discovery, and return, of a few of the ancient, but good, British and European heavy artillery plus a few new numbers.

That brings us, more or less, up to date in a very abbreviated version of big-bore rifle history.

To reiterate: Why we want a Big Bore in the first place has been, and is, greatly influenced by recent history, a growing economy, Elmer Keith, Marlin, marketing, better and more products, and greater awareness of places like Africa, Alaska, Australia, Canada and other exotic places. Then, to that we may add curiosity, a desire to experience something novel and the influence of celebrities, family and friends.

All of which brings us to the point of having to shoot them, whether at the range on targets or, more importantly, at big game/dangerous game without fear, dread or distraction caused by uncommon recoil. If fear, dread or distraction happens, invariably a flinch will develop. Should a flinch develop, the only cure is to temporarily abandon “normal” big-bore loads for something much lighter (See previous blogs in April on “Light loads for Big Bores”). In some cases it’s even necessary to abandon “that Big Bore” to the safe or locker, and go back to much smaller calibers until “flinchitis” has been defeated! Only then return to the Big Bore, starting with soft or “light” loads.

So, “Dealing with the Recoil of Big Bores” is a topic of immense importance… we cannot over stress it, because sooner or later we will have to come to terms with it or give up shooting them completely.

I’m aware that the majority of actual hunters aren’t handloaders, and that a large percentage of those don’t shoot, or even want to shoot the Big Stuff — that is bullets heavy and broad enough, and fast enough, to cleanly kill, or stop, the largest land mammals including the dangerous kind. This topic is not for them. It’s intended for those who WANT to shoot, and sometimes HAVE TO shoot, Big Bores with
a minimum of 40 ft-lbs up to 100 ft-lbs of recoil. 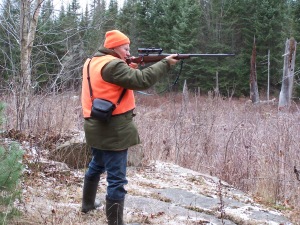